Critical This Hint requires immediate attention, as the issue may have a serious impact upon crawling, indexing or ranking. Issue This Hint represents an error or problem that needs to be fixed.

<head> contains a <noscript> tag, which includes an image

This means that the URL in question contains a <noscript> tag in the <head>, which includes an image reference.

The <noscript> tag defines an alternate content for users that have disabled scripts in their browser or have a browser that doesn't support script.

Whilst it can be used in both the <head> and the <body>, when used inside the <head>, it must contain only <link>, <style>, and <meta> elements. As such, including an <img> tag is invalid.

This can be problematic for search engines crawlers that do not render JavaScript (i.e. most crawlers, most of the time), as the presence of the <img> tag breaks the <head>, which may cause important tags (e.g. meta robots) to be missed.

This Hint will trigger for any internal URL that contains <noscript> in the <head>, with an invalid <img> element.

Examples that trigger this Hint

This Hint will trigger for any URL that has an <img> element, within <noscript> in the <head>.

This Hint is marked 'Critical' as it represents a fundamentally breaking issue, which may have a serious adverse impact upon organic search traffic. It is strongly recommended that Critical issues are dealt with as a matter of high priority.

You will first need to establish what the <noscript> is and what it is doing. It may be possible to simply move the <noscript> out of the <head>, and into the <body>, where image elements are valid.

Image elements, and all other invalid elements, should be removed from the <noscript>, if it is to remain in the <head>.

Google's documentation on the matter is as follows:

This is true even for Facebook tracking code, which is a common example we see triggering this rule. The Facebook tracking pixel consists of two parts: <script> and <noscript>. The latter is designed to track visitors who have JavaScript disabled in their browsers.

Unfortunately, they include an image element within the noscript, which breaks the <head> as described above, and this case is not immune simply because Facebook said you should do it. 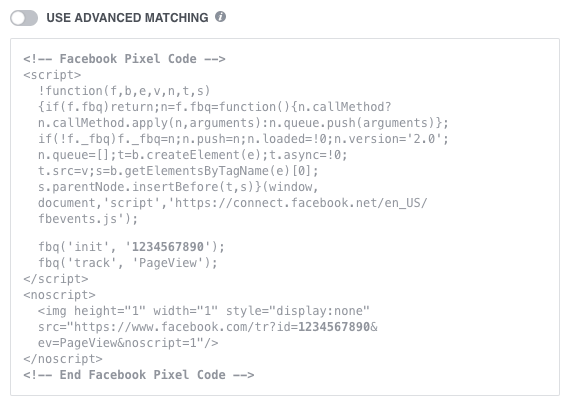 There are three potential solutions for this specific Facebook problem: