Sitebulb is being blocked by anti-virus

It is not uncommon for Sitebulb to cause conflicts with anti-virus software, normally because of one of these two reasons:

Both of these things could reasonably look like they might be for malicious means. In fact, Electron has indeed been used for nefarious means in the past, which has been the root cause of Bitdefender flagging Sitebulb for apparent 'infections' and in the process making Sitebulb completely unusable.

If you've suffered with this, you'll need to follow the steps below to get Sitebulb back up and running.

If you've been running Sitebulb versions earlier than v5.9.3, Bitdefender will have blocked a 'threat' on your machine: 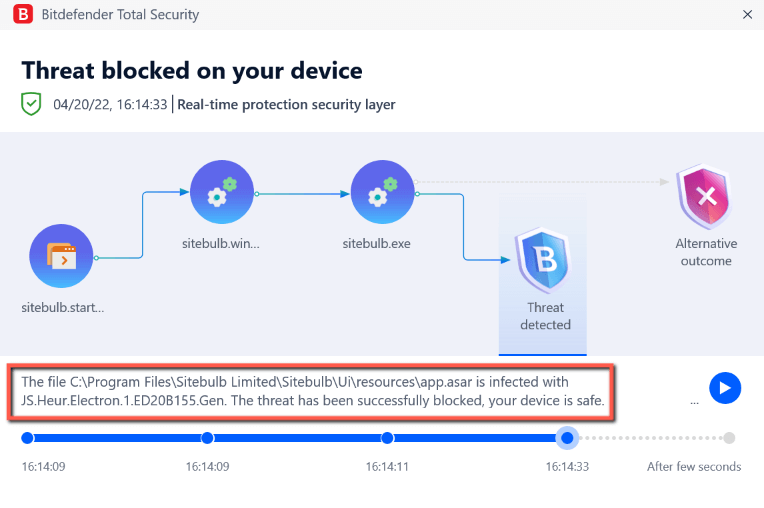 The truth is there was no threat - it's a false positive. Unless you ignored or circumvented Bitdefender, it will have blocked you from interacting with this file.

Annoyingly, this also means that you can't even uninstall Sitebulb from your machine (because it won't let the installer remove the 'infected' file), and you'll see this error if you try to uninstall OR install a newer version:

So, here's what you need to do:

Sounds like an extreme measure, but it's the only way to get this done. Don't worry, we'll turn it back on in a minute.

To turn off Bitdefender, find the 'Antivirus' part of the 'Protection Features' and open that up:

Then switch off the Bitdefender Shield:

Obviously it won't want you to do this, and once you have it will display red instead of green:

Go to 'Add or Remove Programs', find Sitebulb and uninstall it. You will not lose any existing audit data, promise! 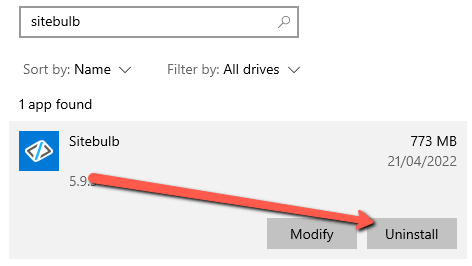 Note: this step will almost definitely make you cry, so keep a box of tissues handy.

We will get through this together.

Step 3: Switch Bitdefender back on

See 'Step 1' above, and just do all the steps but in reverse.

Bitdefender will confirm that 'You are safe' now. 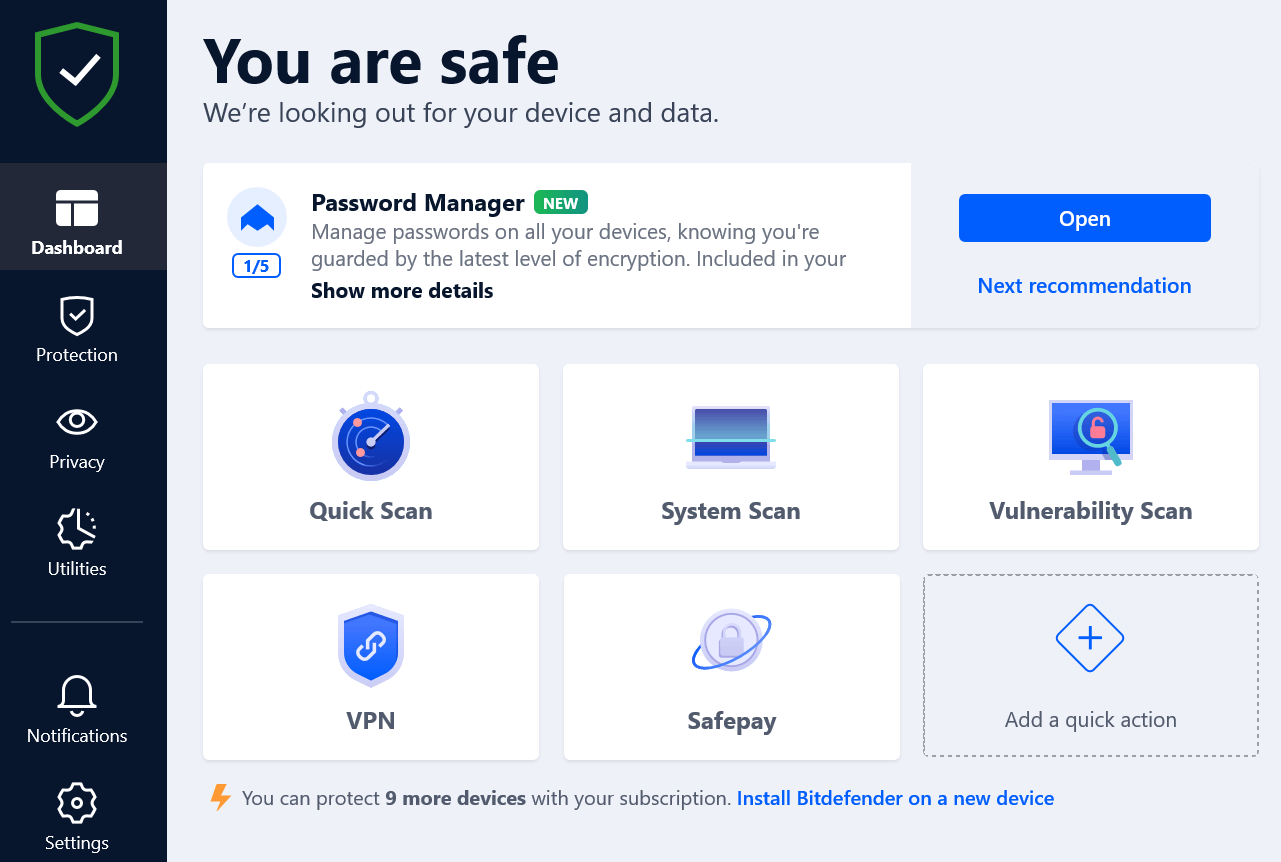 Go ahead to our Release Notes page to grab the latest update of Sitebulb - as long as the file is v5.9.3 or later, you will be golden.

Download and install Sitebulb, it should now work fine alongside Bitdefender.